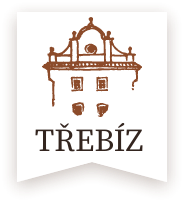 Writer Vaclav Benes Trebizsky was born on 27 February 1849 in the house number 19 in the family of the village tailor. He graduated in theology and became a priest. After his ordination in 1875 he worked in Liten and later in Klecany. Under the name of Trebizsky he wrote fairy tales for children, short stories and historical novels. He was seriously ill and died in 1884 in Marianske lazne. He left behind very extensive work which was very well liked already during his lifetime. He is buried on the Vysehrad´s graveyard and on his grave there is a statue made by Frantisek Bilek called Sorrow. In Trebiz the writer is reminded by his birth house number 19 with a memorial plaque and by a monument created by the sculptors A. Prochazka and F. Hergessel in 1882 which is placed on the sandstone rocks above the village.

Change in appearance, Structure of pages, print out